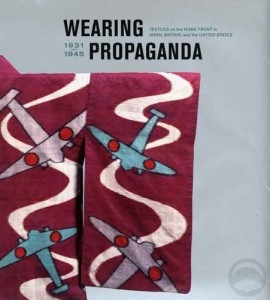 My life’s just been kind of all over the place lately, and I apologize. I’ve got plenty of things to write about in the near future, I just need to find the time and motivation. Catalogue posts, outfits, book reviews, etc. Thanks for sticking with me!

If you’re an avid collector, it can get to the point where kimono and related items really do just start following you home. As I mentioned in this entry, I came home with a bunch of kimono in my suitcase, despite my best efforts. One of them is a gorgeous Tokaido piece I’d actually purchased on eBay and had shipped to my friend Jamie, due to the postal strike, and it will be getting its own entry. Here are the other two.

We were out browsing and shopping in Soho and Jamie started getting amusingly evasive and vague about our next destination. I was so touched when we ended up at Kiteya, a beautiful gem of a shop. The front of the store is filled with wonderful Japanese handicrafts, jewelry, art objects, etc. The back room has two big comfy chairs (which made the rest of our group very happy) and a bunch of kimono (which made me very happy). The service was wonderful, everyone was very friendly and helpful. There were some incredibly gorgeous vintage pieces, but their prices were pretty much gallery-standard, and while they were not unreasonable they’re more than an online bargain-hunter like myself is used to paying, and the only piece I was tempted to justify a big price on (Taisho houmongi with gorgeous peacock design) was just waaaaay too short for me. I was about to give up when I noticed this modern synthetic piece buried under a bunch of other things.

This colour is not only impossible to describe, it was impossible to photograph too. It’s sort of a dusty mauvey brown taupe something I dunno. A pinkish brown, a brownish pink, I’m not sure? But I do know it’s completely adorable. I love pussywillows, they remind me of my grandmother, who always had a bundle in her living room. The ones on here are very adorable too, in soft springy shades of pink and blue. It’s a nice versatile spring kimono, and I look forward to wearing it. I needed more wearable, unlined pieces anyway.

This is kind of a funky oddity – it’s a half lined komon but arranged in very specific stripes, there’s even a seam across the hips to help ensure the pattern falls properly. I actually won this awesome piece in a raffle at the street fair mentioned a few entries back, and it’s not only unique and quirky, but it fits me really well. It’s so awesome. It’s half-lined in bright red, but the top is unlined which will help keep it airy and breathable. I also love how the design from afar just looks like little diamonds, but up close they’re actually fans. It’s so charming.

I’ve professed my love for hakata obi many times before, and I’ve been lusting after unique, vintage chuuya (night-and-day reversible) obi for a bit now. When this one came up on eBay I was positive it would shoot out of my price range, especially since I was preparing for a trip to New York City and couldn’t afford any big-ticket items.

With a day left and barely any bidding, I figured I’d have to toss out a little bid, but I was really resigned to saying goodbye to this beauty. I guess the universe was feeling sorry for me because I picked it up for a song.

One side is a stunning, delicate yuzen-dyed momiji (turning maple) motif on indigo-purple diamonds. A few of the more visible leaves also have a bit of embroidery along the veining, which is a really pretty and delicate touch. The inverse is a lush burnt orange hakata weave, and both sides are incredibly lush.

It does have a slight bit of age-related patina, but it’s nearly invisible except under direct close-up flash photography. It’s wonderfully wearable, and I think it will go very well with the irotomesode I just received.