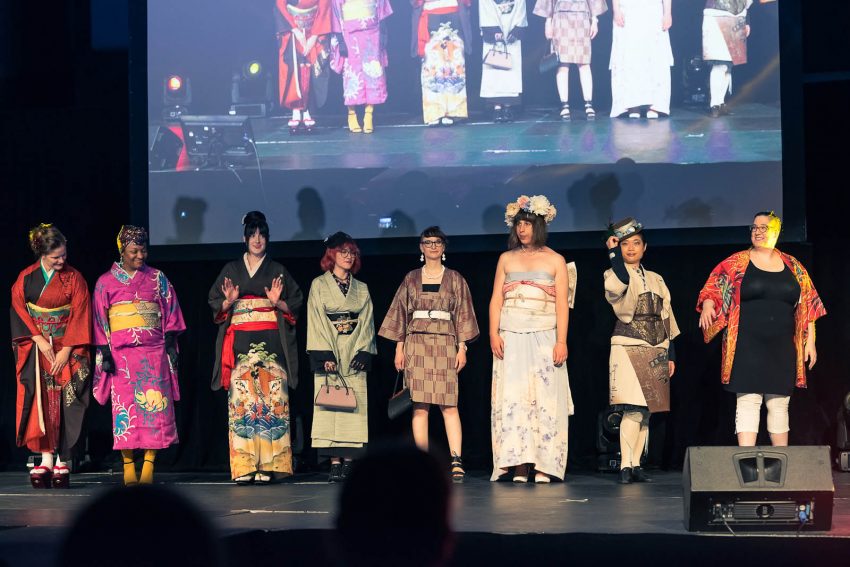 Last weekend I had the amazing privilege of styling the kimono segment in the Harajuku Fashion Show at Otakuthon, a local anime and Japanese culture convention. The main focus on the show was modern and funky Japanese street styles, so I wanted to make sure a variety of modern fashions using kimono were featured.

By the end of it, I was a hideously sweaty exhausted mess but man, seeing all these beautiful ladies together was incredibly rewarding! The models all did such an incredible job, and I love how cohesive the outfits all look together! For some fantastic individual shots by Buddy Photography and Phunkey, as well as details about each outfit, please read on. 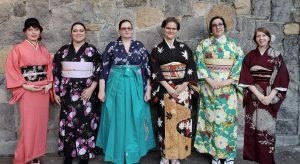 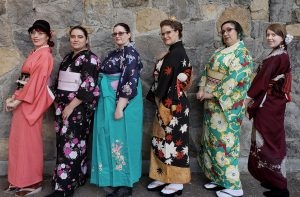 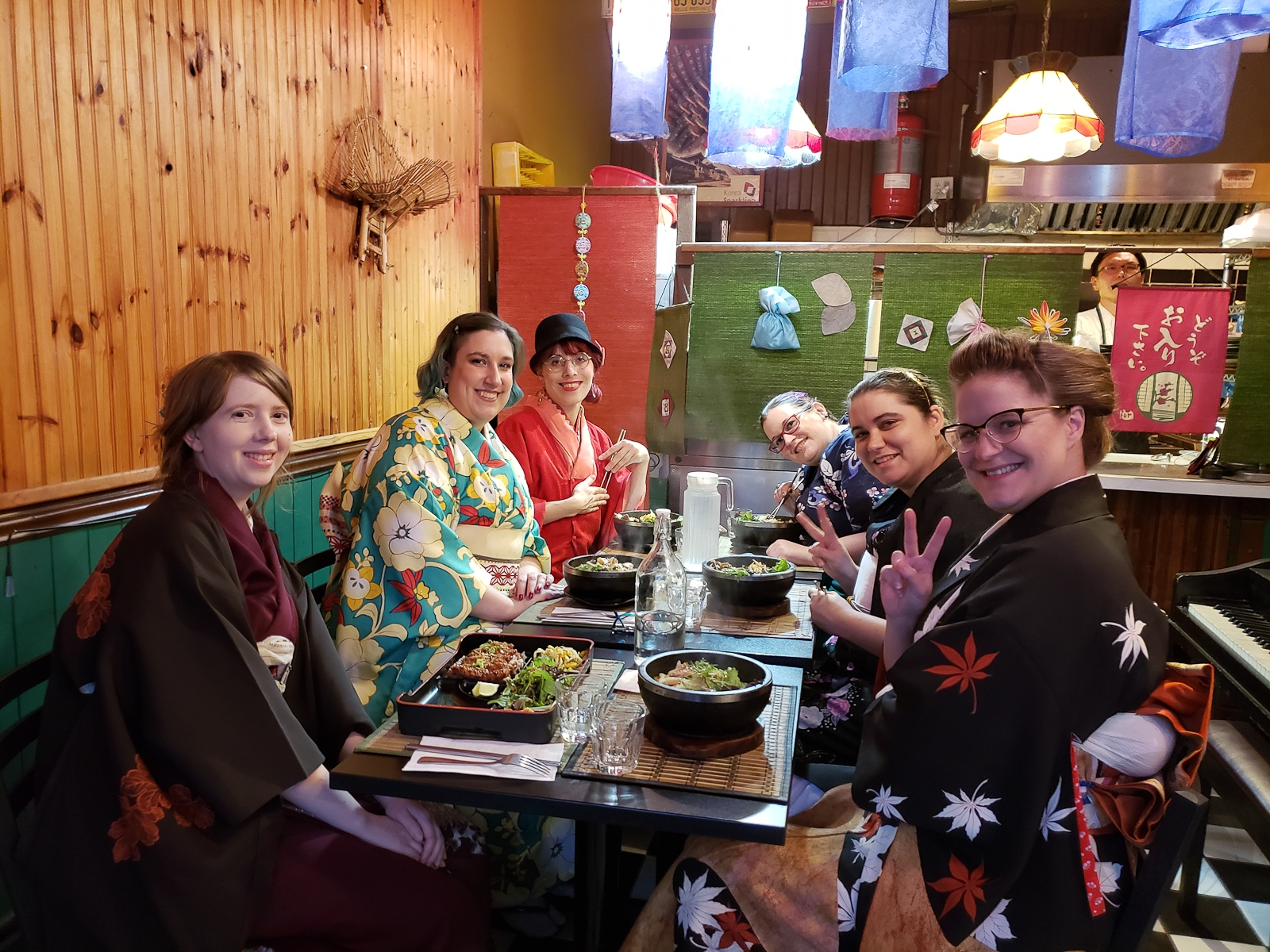 Tonight I was invited to the opening night of Marché des Possibles, a local annual event put on by Pop! Montreal. You might remember my post from last summer about the Yatai MTL! food festival, which is one of the themed weekends that’s part of this event.

They contacted me through here so I figured it would be a great excuse to wear a kimono, but it’s currently waaaay too hot for either of my synthetic hitoe and they’re really all that fit me at the moment. So I decided to improvise and wear my pink lace haori over a summery tunic with a sakura design. I love how this looks; I feel like I represented Kimono Tsuki well but felt breezy and comfortable and was I was much better able to enjoy the evening! 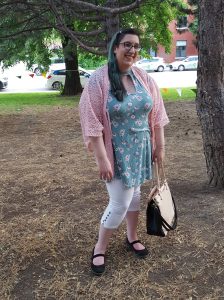 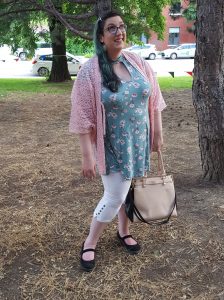 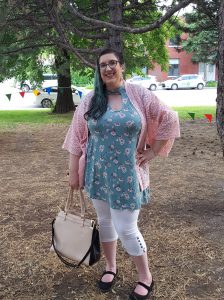 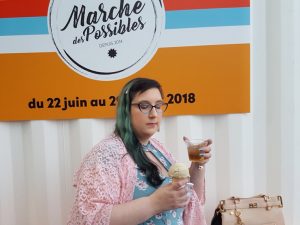 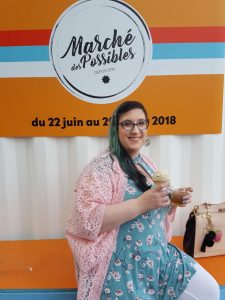 Marché des Possibles is held every weekend between June 22 and July 29, and features a lovely variety of local craftspeople, vendors, and restaurants. I found a beautiful pair of earrings that happened to perfectly match my dress from Mi Florcita that are made of real pressed flowers in resin, and a gorgeous crescent moon ceramic pendant by Creations Lucie Jolicoeur and you all know I can’t pass up a good moon! I think this will also look really cool as a sort of improvised obidome. I’ll be sure to try it out in the near future. 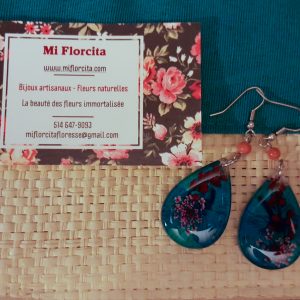 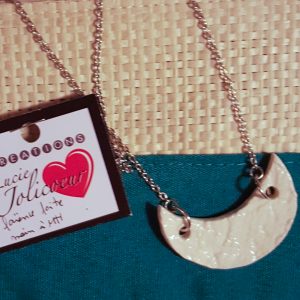 I will definitely be going back to the event on the weekend of July 19, as that’s when this year’s Yatai! is. I’m hoping to wear one of my yukata, if the weather and my body cooperate, and I’ll post lots of photos. If you’re in or around the Montreal area this summer, give this event a visit.