After months of discussing, planning, and failing on my part, Amelie and I finally got to spend the day together yesterday 😀 She is super sweet, as is her fiance, as are her cats. It is really nice to find a friend nearby to practice kitsuke with, go to kimono events, and of course loan and swap items. Not only that, but we have many other obscure interests in common.

Of course, we had to share kimono and get dressed up and go to dinner.

I wore my new red tsukesage with french-knot embroidery and my red and cream Stations of the Tokaido hakata obi, Ame wore my green iromuji (which looks and fits waaay better on her than it does on me, it pains me to say) with an adorable cream tsuke-obi.

I apologize for my appearance in these pics – My hair was being really poofy and weird and I wasn’t able to put on any makeup because idiot cat bit me in the eye early in the morning. Yes, my cat is an asshole.

I love working with beads, and I hate tying haori himo. Clearly, this was the only logical solution! A quick trip to Wal-Mart to get some pretty decorative beads and metal lobster claws, and voila.

If you want to make your own, it just takes 6″/15 cm of elastic cord, two lobster claws, two crimps, and a nice assortment of beads. I find that length is ideal, it’s long enough to give you a bit of freedom of movement and a nice drape, without being too long. I made them with specific haori and coordination in mind, but there are such amazing beads in large chain stores now, why not just go and see what inspires you?

If anyone else made some of these, I would love to see.

This is probably one of the jewels of my collection; a black-based, five crested bridal hikizuri. The hem is padded but it is too short for me to wear trailing, so I wear it as a normal furisode. I came across it on eBay and couldn’t bear to risk getting involved in a bidding war. Thankfully there was a reasonable Buy It Now option so I just went for it. 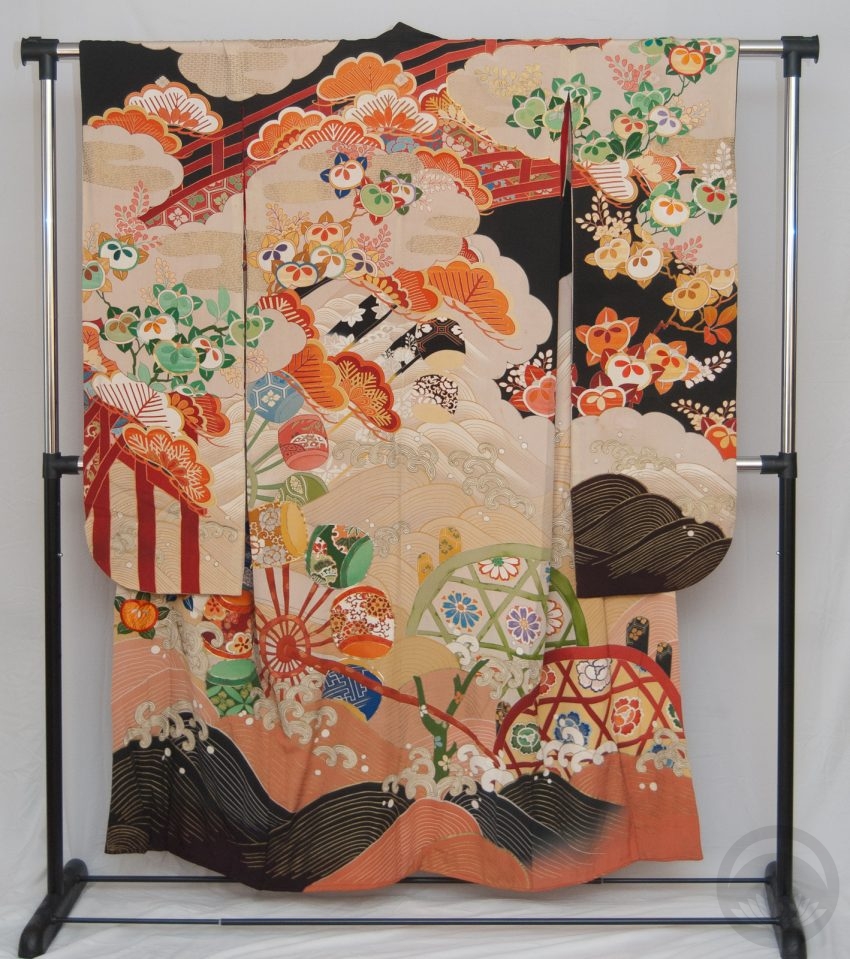 It’s not in the best condition, some of the gold couching is coming off and one of the sleeves was a bit detached when it arrived, but it doesn’t detract from the overall beauty of the piece. I have fixed the sleeve, and am looking for someone who can fix the couching. The embroidery and details on it are breathtaking. I have never seen such lush, textured needlework before. 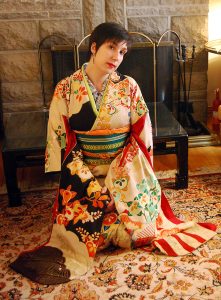 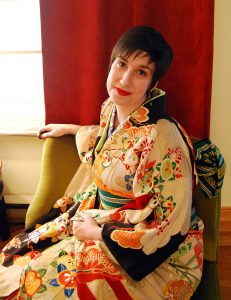 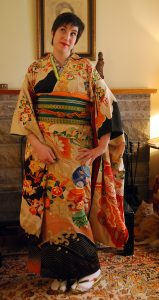 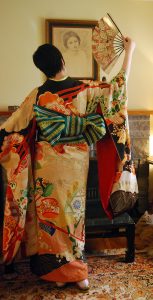 I chose to pair it up with a green and gold hakata obi and orange and green accessories. I love this outfit. It’s a shame I do not feel comfortable wearing such an old and delicate piece out, nor do I have anywhere formal enough for it to be appropriate. 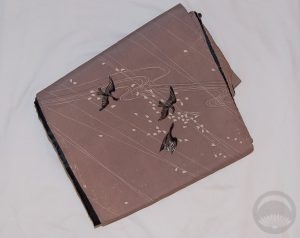