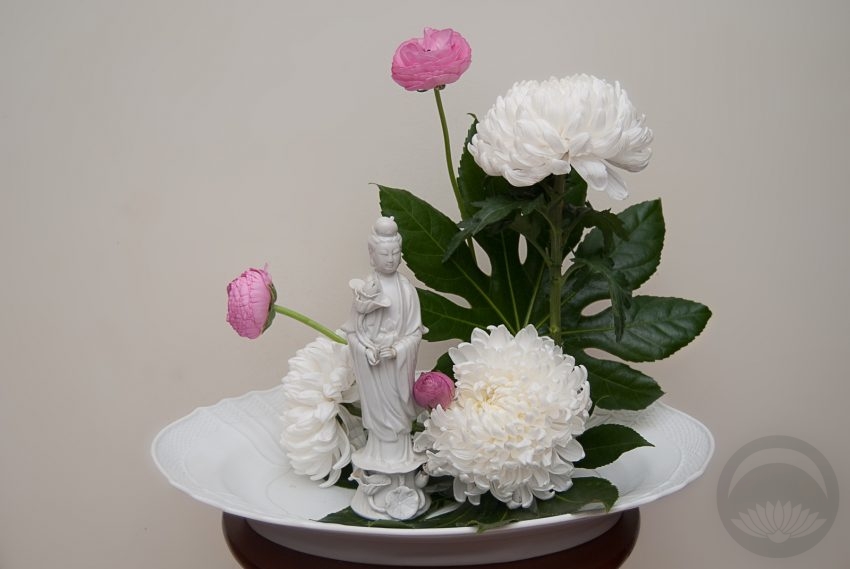 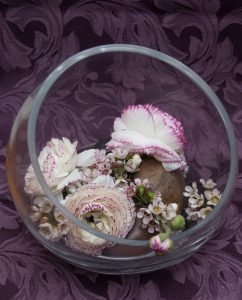 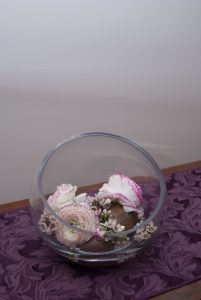 I said I’d be trying to do at least one ikebana arrangement per month, but that was the bare minimum. I was inspired to do a second before April ends.

I wanted this one to feel much more natural and organic, a bit like a rock garden at the edge of a pond. I found the beautiful white and purple ranunculus first, and then found the smaller filler flowers in the exact same colour scheme and knew I wanted to experiment with texture and repetition instead of the more traditional shin/soe/hikae structure of a more vertical arrangement. The roundness of the glass vessel echoes the rocks and the shape of the flowers, and and the colours repeat each other which gives the whole piece a feeling of cohesiveness. This has a very different feel from the last one, which makes me feel very happy. I can’t wait for the next strike of inspiration to hit me!