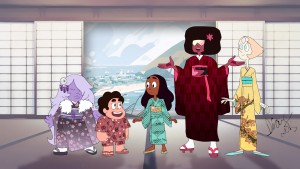 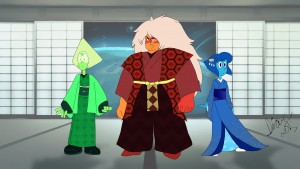 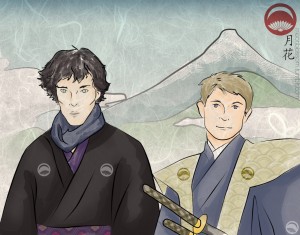 This is a bit of a departure from my usual content in this section. Typically, the Art Gallery posts are reserved for traditional art or art I’ve received of myself in kimono and you’ve probably noticed this is neither 😉

One thing you may not know about me is that I am a huge fan of Sherlock, the BBC’s modern Sherlock Holmes remake. A while ago, a fan group I’m in arranged a challenge to re-imagine the main characters in a different time or cultural setting, so I did both. I had fun trying to keep the general feel and colour scheme of their clothing without making it feel overly anachronistic. And of course John Watson’s Sig Sauer P226R has been replaced with a set of swords.

And yes, that is my tumblr URL along the side. Feel free to follow me, but it’s a very incoherent blend of personal posts, fandom things, cute animals, and food posts. Nothing remotely like this blog.