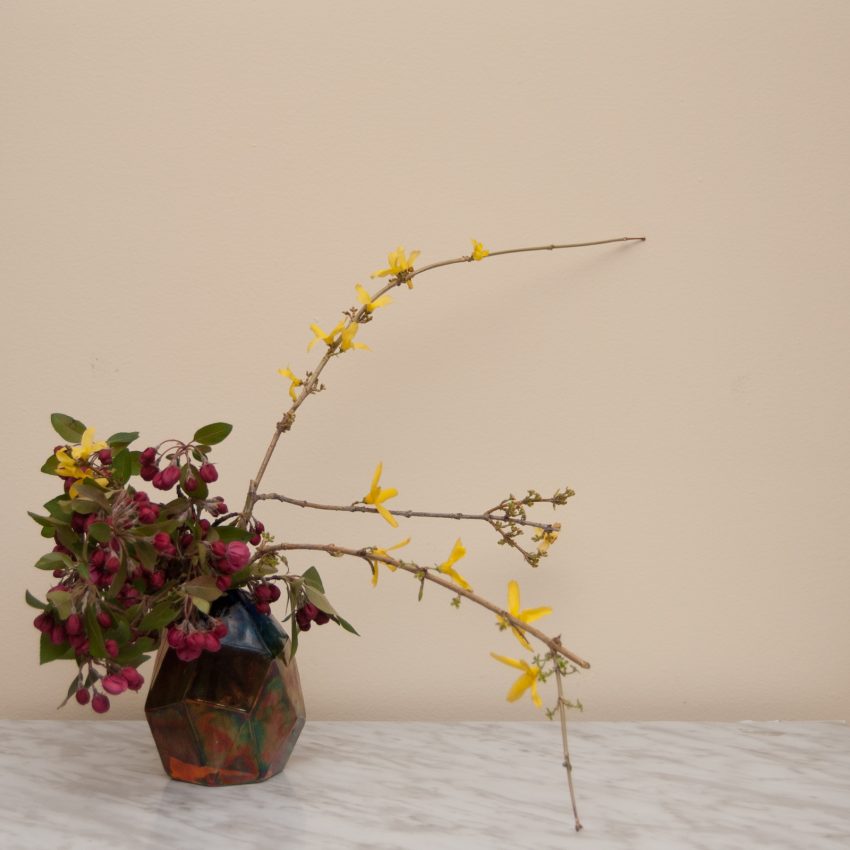 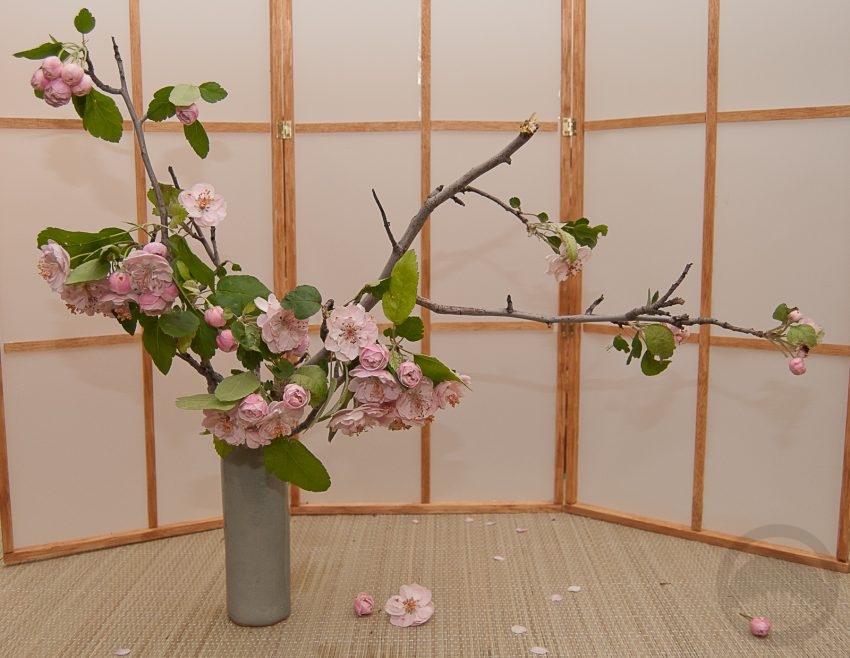 As I mentioned a while back, the climate here in Montreal isn’t exactly ideal for sakura, but you can bet that as soon I saw a crabapple tree with these ruffly pink blooms on it on public land by the side of the road, I convinced my father to pull over so I could go cut some. Yes, I do keep a pair of pruning secaturs in the car for just this sort of situation. I have no shame at this point. Don’t worry though, I definitely don’t trespass or take flowers from private or manicured gardens!

These blooms are so lovely and have the perfect textural balance of rough bark and soft petals. I knew that I wasn’t going to include any other type of flower or vegetation to make sure they stayed the focus of the whole arrangement. I wanted to do a nageire (thrown-in) style ikebana, just relying on a tall vase and the natural inclination of the branches, rather than the more structural moribana style with a kenzan that I seem to gravitate towards most of the time. I was also thrilled to finally be able to use this vase; I received it as a surprise in the mail a while back. Whoever sent it (I’m going to take a guess that you read this blog), thank you so much. It’s so beautiful!

A couple of blossoms fell off as I was arranging the branches and they felt so pretty and natural and emblematic of the short-lived beauty of spring that I decided to leave them where they were. And yes, I used my new screen again. Sorry not sorry! I think it may become my default setup for my ikebana posts. I also couldn’t resist taking a couple of close-ups. Should I include detail shots of my arrangements more often? Let me know in the comments! 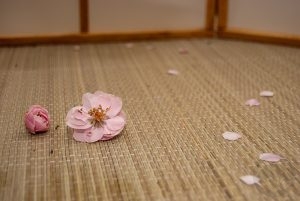 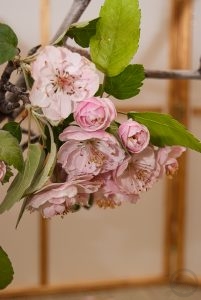